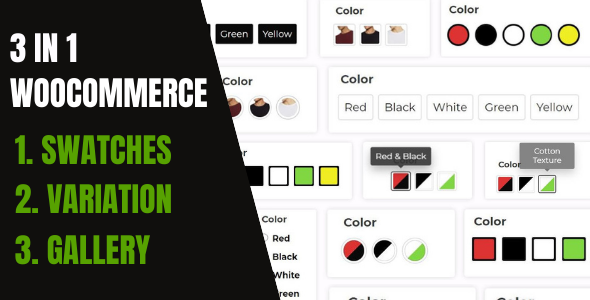 All In One – Additional Images, Variation Swatches, Gallery Customizer

InnovativeWP’s Variation Swatches Plugin is a Complete 3 in 1 Solution for WooCommerce. We have included your every requirement into a single solution.

You can add a vertical-horizontal product gallery & Customize the gallery page designs. Also, You can add color, image, attributes, text, dropdowns, and button swatches to the product page, search page, and archives page. This plugin allows you more than 56+ customization settings for your store. 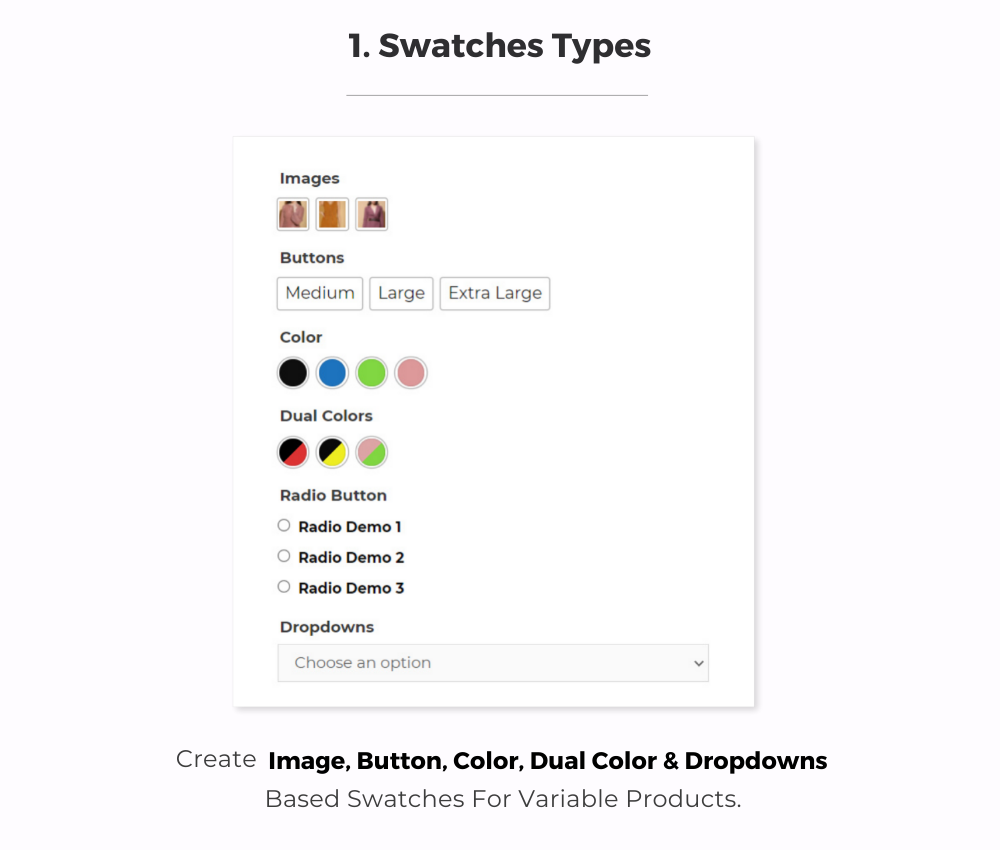 InnovativeWP’s Support Stats For This Plugin

InnovativeWP allows you to customize a complete WooCommerce product page. Convert WooCommerce Product Dropdowns into Designer Variation Swatches Within Single Click. With this plugin, you can,

Q: Which Page Builders are compatible with this plugin?

A: It is compatible with the following builders:

Q: How to create designer swatches for WooCommerce products?

A: Please watch this video

Q: Which languages are supported?

A: It is compatible with following languages:

Still you can translate this with WPML, Loco Translate or any other translating Plugins

Q: Can I use it on a non-WordPress site?

A: No, It is exclusively for WordPress currently.

Q: Does it work on variations that are already made?

A: Yes, It changes all the variations swatches automatically after activating the stylesheet.

Q: Is it supported?

A: Yes, our plugins are totally supported. You can check our customer services reviews from here

We are constantly trying to develope and create better plugins for WordPress. If you want to add some features to our plugins or want some specific feature in plugin then you can submit your suggestion from here. Our team will try to incorporate that in our roadmap.

Have a pre sale questions?

If you are confused about any of the feature of the plugin or else, then you can ask questions to our team from here. Our team will get to you as soon as possible.