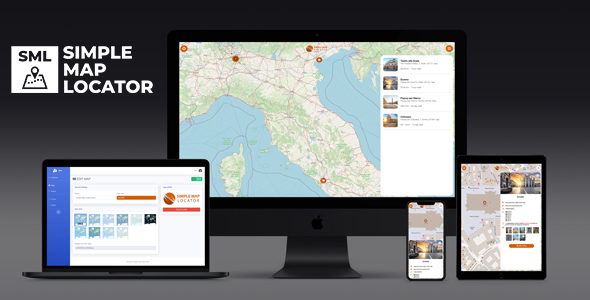 Simple Map Locator has been developed entirely in php, html and jquery.
It’s simple and intuitive: just use the backend to create as many maps and markers you want!
Based on OpenStreetMap, no need api key and annoying quota limits! Ready to use!!

easy, and guided with a wizard, read the readme.txt for more info